Bus Users > UK > Passengers, transport groups, government and NGOs get on board for Catch the Bus Month

Bus Users first Catch the Bus Month has come to an end with groups across the UK finding exciting and creative ways to encourage people to use the bus.

Events kicked off with an official launch at the House of Lords in London and were soon swept along in a tide of face-to-face and online events, campaigns and promotions.

Catch the Bus Month in pictures

Local bus groups ran drop-in events, drummed up support for petitions against local bus cuts, handed out information and timetables and generally encouraged people to get on board.

Some organisations encouraged their staff to switch from private car to bus travel while operators ran competitions and giveaways with prizes of meals at local restaurants, tickets for shows and free travel, One operator even handed out cakes for commuters while another offered passers-by a free cup of coffee and a chat. Local authorities and councils promoted the benefits of concessionary bus passes, with some lifting restrictions on their use, while transport providers took the opportunity to launch new fleets of electric vehicles, apps, tap-on-tap-off ticketing and other initiatives to improve our journeys.

Claire Walters, Chief Executive of Bus Users said the campaign had exceeded all expectations: “Bus services are facing unprecedented challenges at the moment so it was amazing to see the incredible support for these vital services. As we have said throughout the campaign, buses contribute to the economy, the environment and our health and wellbeing so cuts to services affect us all. 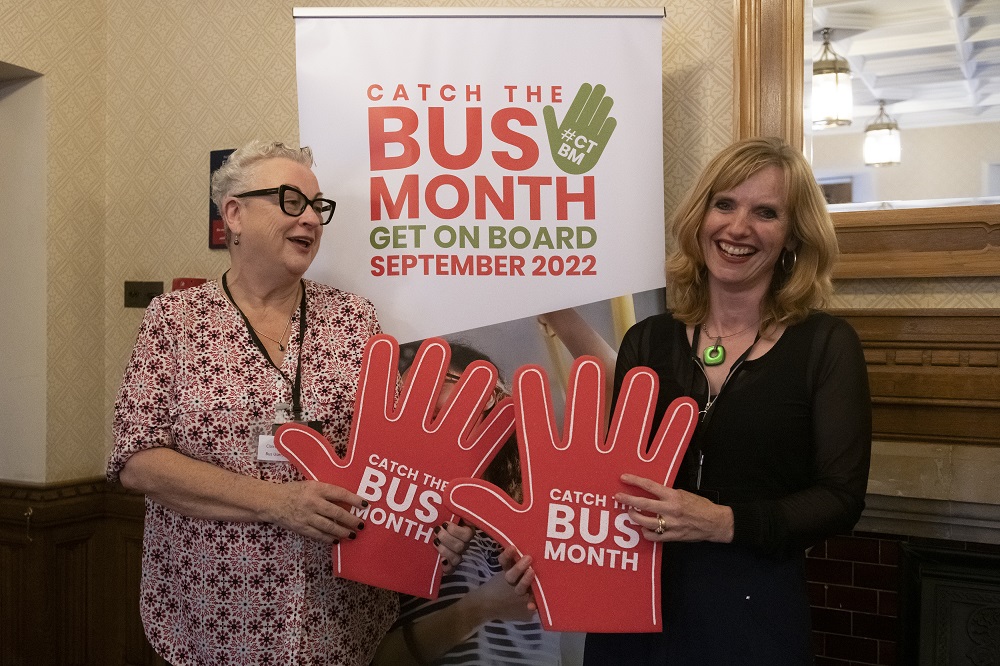